Elijah “walked forty days and forty nights as far as the mountain of God at Horeb. There he went into a cave, and there he spent the night.

Then the word of the Lord came to him. He said to him, ‘Why are you here, Elijah?”

Elijah answers, and the word of the Lord calls “Come out,” …”and stand on the mountain before the Lord”.

The Lord passed by, and his power is revealed in a great destructive wind, an earthquake and fire, but the Lord is not in them, and then a soft murmuring sound (fn. “a still, small voice.”).

Elijah heard this, wrapped his mantle about his face and went out and stood at the entrance of the cave where a voice addressed him (which is the Lord): “Why are you here, Elijah?”

Elijah answers and the Lord instructs him to go to Damascus and anoint Hazael as King of Aram, Jehu as King of Israel, and Elisha as the prophet to succeed him.   1 Kings 19/8-16 Tanakh JPS 1985 (edited).

26And God said, “Let us make man in our image, after our likeness. They shall rule the fish of the sea, the birds of the sky, the cattle, the whole earth, and all the creeping things that creep on earth.” 27And God created man in His image, in the image of God He created him; male and female He created them.     Genesis 1/26-27 Tanakh JPS 1985.

The “word of the Lord” came to and is with Elijah at the front of the cave and says “Why are you here, Elijah?” and “come out” and “stand on the Mountain before the Lord”.

The Lord passed by, his power is revealed (earth, wind and fire) without his presence (He is not in them), and the Lord says “Why are you here, Elijah?”

The “word of the Lord” is at the cave with Elijah and speaks the same words as G-d speaks to Elijah away from the cave after He passed by and revealed His power at the cave (but He was not at the cave).

The soft murmuring sound (fn. “a still, small voice.”) would be the same words from G-d that the “word of the Lord” had spoken based on the same question having been asked twice before (Why are you here, Elijah?) which was come out and stand on the Mountain before the Lord. And for the reason that is what Elijah did after hearing the still, small voice. Elijah ignored the “word of the Lord” and was unmoved by G-d’s power. But a whisper from G-d Himself had the desired result of Elijah going to the front of the cave.

Elijah gives the same answer to the “word of the Lord” as he gives to the Lord: “I am moved by zeal for the Lord, the God of Hosts, for the Israelites have forsaken your covenant, torn down Your alters, and put Your prophets to the sword. I alone am left, and they are out to take my life”.

The spirit of God and God have the same image and the same likeness in the unseen realm of God, and this image and likeness is in man (persons of spirit with emotions and feelings).

The spirit of the Holy G-d is like an angelic messenger of the Lord’s words. G-d is in him and can speak through him just as G-d speaks through the angel of the Lord in the burning bush to Moses. 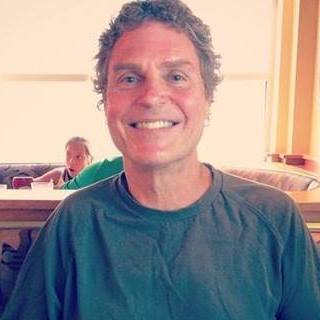 Just as the many were appalled at him—So marred was his appearance, unlike that of man, His form beyond human semblance—Just so he shall startle many nations. Kings shall be silenced because of him, For they shall see what has not been told them, Shall behold what they never have heard.     Isaiah 52/14-15 Tanakh JPS 1985.

But the Lord chose to crush him by disease,That, if he made himself an offering for guilt, He might see offspring and have long life, And that through him the Lord’s purpose might prosper. Out of his anquish he shall see it; He shall enjoy it to the full through his devotion.     Isaiah 53/10 Tanakh JPS 1985.

The Servant songs (also called the Servant poems or the Songs of the Suffering Servant) are songs in the Book of Isaiah. They were first identified by Bernhard Duhm in his 1892 commentary on Isaiah. The songs are four poems written about a certain “servant of YHWH.” God calls the servant to lead the nations, but the servant is horribly abused among them. In the end, he is rewarded. Some scholars regard Isaiah 61:1-3 as a fifth servant song, although the word “servant” is not mentioned in the passage. Bernhard Lauardus Duhm (October 10, 1847 – November 1, 1928) was a German Lutheran theologian born in Bingum, today part of Leer, East Frisia. In 1873 he became a lecturer at Gottingen and subsequently an associate professor of Old Testament studies (1877). In 1888 he relocated to the University of Basel, where he was one of the more influential Old Testament scholars of his time.
From: Wikipedia (edited).

Judaism today understands the L-rd’s righteous servant to be the Jewish People embodied as one man in the name “Israel” the servant of G-d described in prior chapters of the Book of Isaiah.

They were first identified by Bernhard Duhm in his 1892 commentary on Isaiah. Bernhard Duhm was a protestant Lutheran theologian of the Christian Old Testament. He includes Isaiah 53 as one of these songs.

Christianity understands the righteous servant to be Jesus.

The servant Israel as the Jewish people from the Babylon exile to its re-gathering in modern day Israel after the Holocaust, and Jesus, do not fit the description of the righteous servant. The man described enters into a covenant with the L-rd.

This covenant was not made with the Jewish people or Jesus. What are we to look for then. How can a man today fit the description of the L-rd’s righteous servant in the beginning verses?

“Just as the many were appalled at him—So marred was his appearance, unlike that of man, His form beyond human semblance—”

This is the description of the righteous servant before he startles many nations and after G-d crushes him with disease or by some translations brings him to grief with illness and then he silences Kings (leaders) by showing them what they had never been told or considered.

Judaism accepts the idea of looking at the history of the Jewish people and the Holocaust and Christianity accepts the idea of the Passion of the Christ and Crucifixion to match the description of the righteous servant with his visage or appearance marred and his form beyond human semblance.

How could a man today fit the description of the L-rd’s righteous servant in the Book of Isaiah 52/14 with his visage or appearance marred and his form beyond human semblance. Here is one way, using the ideas of Judaism and Christianity for their descriptions of the righteous servant as Israel or Jesus.

If I were to be seen with all of my injuries from accidents and surgical operations at one time, before healing, together with my congenital disfigurement, my appearance would be marred and my form beyond human semblance. This is my history:

I was born premature in the seventh month without the muscles of my right breast and with a disfigured right shoulder and arm, which is thinner and weaker than my left arm. I would have a four-inch wound from surgery to remove tissue above the right breast when I was two years old. I was small and my parents were told I would not live to see the next day.

My feet would have third degree burns from standing on the ashes of hot coals at a Fourth of July celebration when I was four. My right knee would be a gaping wound from being impaled upon a broken glass bottle after being tripped by my dog while running in a field when I was ten.

My left knee would be sliced open from broken glass I crawled over playing a game when I was eleven. My two front teeth would be gone knocked out by a telephone receiver when I was twelve. Each foot would be pierced twice by nails I stepped on at a construction site when I was seventeen.

My torso would be opened from the top of my rib-cage vertically down to the pelvic bone from two surgeries: one to repair a 22 caliber accidental gunshot to my abdomen on the lower right side which pierced my bladder, colon and intestines when I was eighteen; and one to remove an 8 inch malignant cancerous tumor that had burst through my colon and spread to my lungs when I was forty-four. I would be very thin, about 145 pounds and almost six feet tall.

My upper jaw (the teeth, gums and bone) would be severed from my skull from orthodontic surgery with my face swollen to twice its normal size when I was thirty-one. The skin of my chest would be opened from a six-inch circular cut to remove skin cancer when I was forty-three. My left hand would be broken from a fall on a tennis court when I was twenty-eight and broken again walking on stones in a creek when I was fifty-five.

My ankles would be bruised and swollen from severe sprains while playing basketball and running at various ages. My chin would be lacerated from striking a wall at the end of a foot race when I was twenty-one and I would be covered with the childhood diseases of measles and mumps.

That is how a man could fit the description of the L-rd’s righteous servant in the Book of Isaiah 52/14 using the accepted ideas of Judaism and Christianity for describing Israel and Jesus, who did not covenant with G-d to offer themselves for guilt in return for long life and to see their children.

“For they shall see what has not been told them, Shall behold what they never have heard.”

That would be me, this piece and “My Midrash of Isaiah 53; Suffering Servant Jesus Christ, Suffering Servant Israel or G-d’s Righteous Servant Keith Ellis McCarty (Elijah)”, among many other writings posted here.